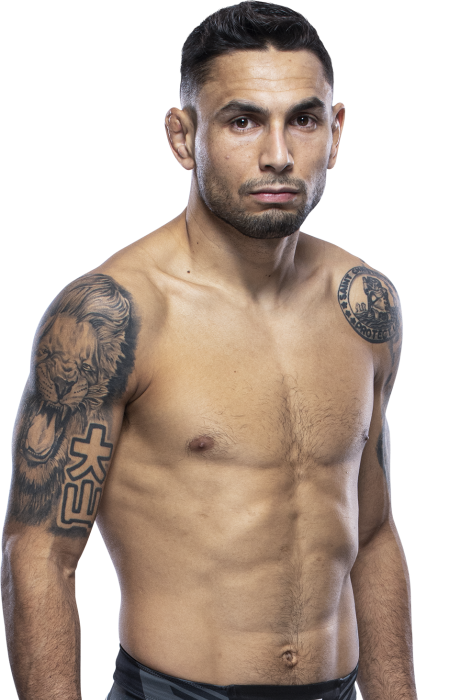 When and why did you start training for fighting? I started training in 2010. I just wanted to give it a shot and see how far I can go.
What ranks and titles have you held? Tachi Palace 125-pound title
What does it mean for you to fight in the UFC? It would mean the world to me. I would be proving everybody that doubted me wrong and I'll be able to show everyone that I'm the best in the world.
What was your job before you started fighting? My job before fighting was working in the fields, being a waiter at a restaurant, and working at a freight company.
Favorite grappling technique: Armbar
Favorite Striking technique: Flying knee