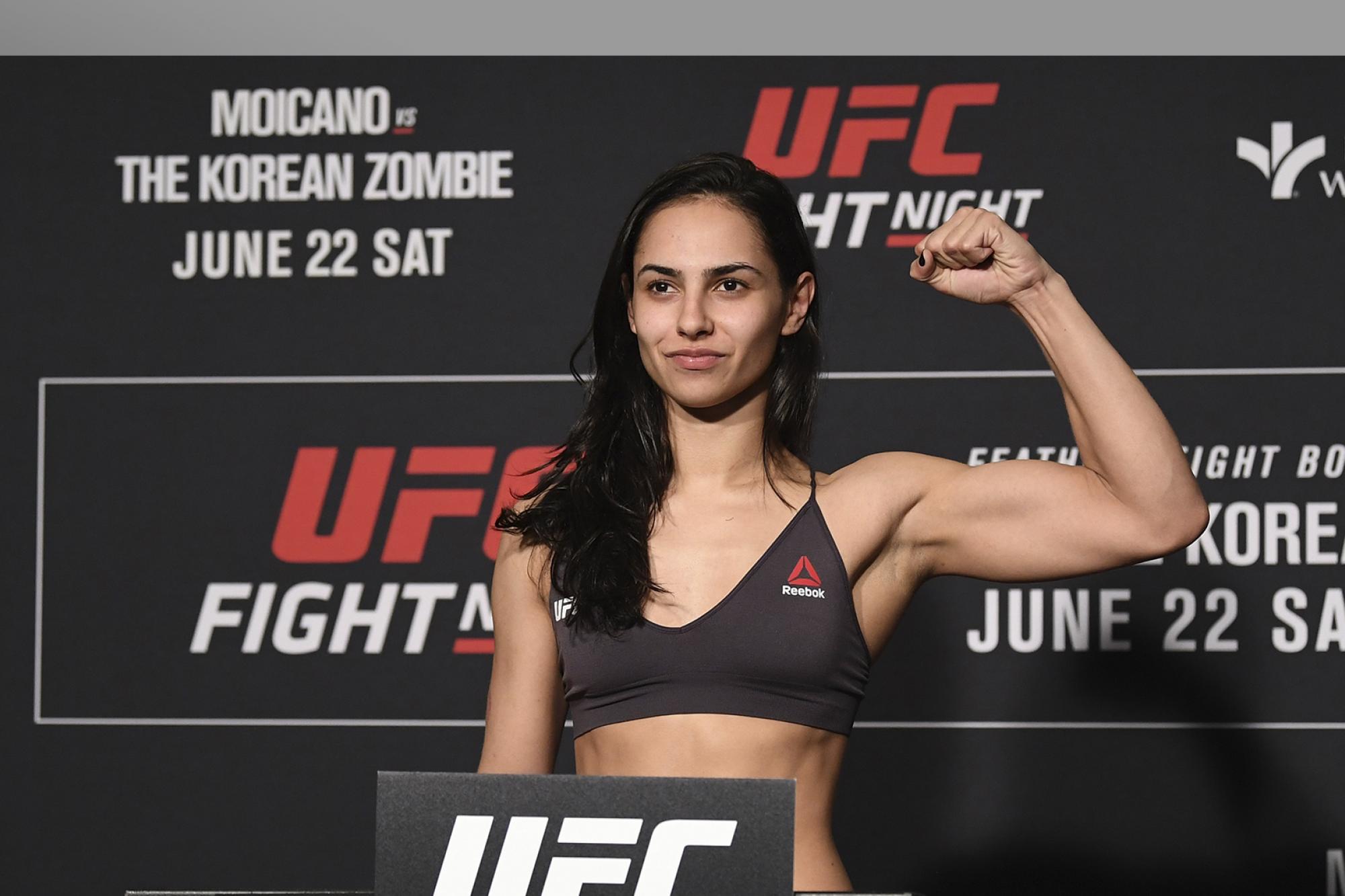 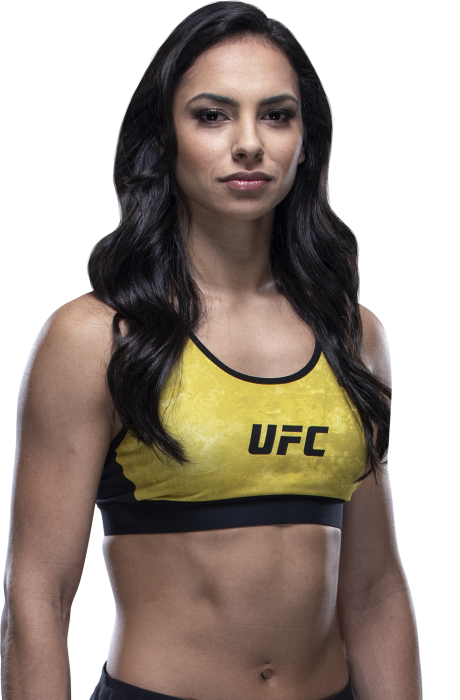 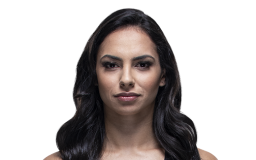 When and why did you start training for fighting? I started training MMA at 18 when I decided I would focus on fighting. It was a natural step because at the gym where I was training, everyone was training Muay Thai and BJJ and they had a MMA class also. I started MMA classes and everything started to happen.

Do you have any heroes? My mother and my grandfather

What does it mean for you to fight in the UFC? It is a big realization of a dream for me and for my team. UFC is the biggest MMA promotion in the world, so being in the UFC means being with the best in the world, a big recognition of our hard work.

Did you go to college and if so what degree did you earn? I finished high school in Brazil

What was your job before you started fighting? I had some jobs before; the last one was in the reception department of a medical clinic.
Ranks in any martial arts styles: Muay Thai black belt, BJJ purple belt
Favorite grappling technique: Armbar
Favorite Striking technique: High kick in the face