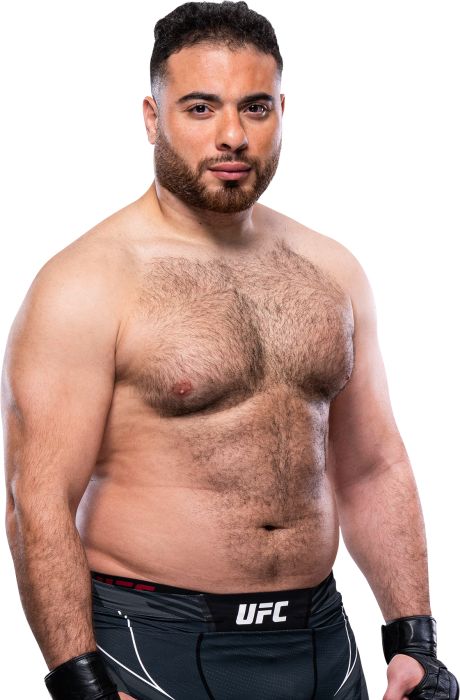 Q&A
When and why did you start training for fighting? I started to wrestle when I was five years old and continued until I reached the highest level of competition in the Olympic Games and World Championships. For MMA, I started my career four years ago and I think I’m on the right path to build my future.
What ranks and titles have you held? I had the title for the WCFL championship from Tampa, Florida two times in a row as an amateur. I have a silver medal in 2010 Youth Olympic Games at Singapore. 14-time gold medal winner in the African championships in Greco-Roman and freestyle wrestling. Bronze medal at 2014 world championships in the USA. Competed in the 2016 Rio de Janeiro Olympic Games in Greco-Roman wrestling.
Do you have any heroes? I’ve always been my own hero and I want people to see me as an idol one day.
What does it mean for you to fight in the UFC? It means so much to me to reach one of my biggest goals in life, and it’s the dream of any fighter to be on the biggest stage in the world and it makes me so proud of myself to become the first Egyptian fighter in UFC history.
Did you go to college and if so what degree did you earn? I went to the college in Egypt and I have a master’s degree in physical education.
What was your job before you started fighting? I used to work a lot of jobs, but all these jobs never stopped me from training and chasing my dream.