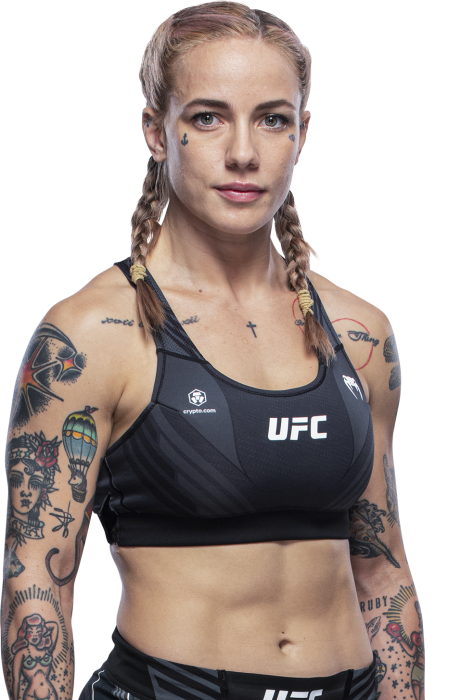 When and why did you start training for fighting? 2011. I was powerlifting and needed to cut weight, so I went to kickboxing with my ex-boyfriend. I never looked back.
What ranks and titles have you held? Jiu-jitsu purple belt. Three-time Australian 135lb champion.
Do you have any heroes? My mama. Raised six kids primarily on her own whilst battling health issues, and she never once complained or even thought twice about sacrificing what she wanted for us.
What does it mean for you to fight in the UFC? It means everything. I made MMA a real career without getting anything in return, so it’s nice to finally be seen and make some money so I can start looking after my mama like she always looked after me.
Did you go to college and if so what degree did you earn? No. I started working full-time when I was 16 and still completing high school. I ended up dropping out in my final year so I could continue working and I got a second job as well.
What was your job before you started fighting? Managing nightclubs.
Favorite Striking technique: All of it 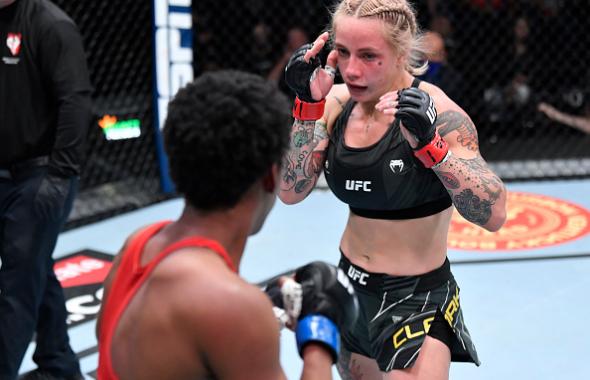