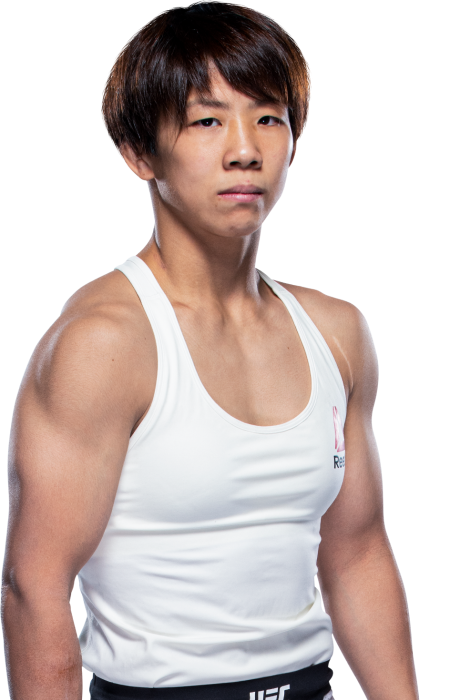 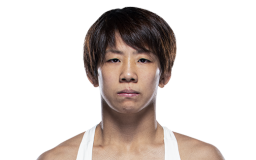 When and why did you start training for fighting? My grandfather ran a Judo dojo, so I was in the dojo from three years old. I was inspired by Saori Yoshida when she competed in the Beijing Olympics and I shifted over to wrestling. The reason why I became interested in MMA was because of Ronda Rousey in the UFC. So I am very excited to be a part of the organization that got me into this sport.
What ranks and titles have you held? I was the former Invicta strawweight champion.
Do you have any heroes? Saori Yoshida and Ronda Rousey
What does it mean for you to fight in the UFC? UFC is the reason why I started training MMA. But unfortunately, regular people do not recognize the UFC in Japan. MMA is not recognized as a legitimate sport, and we are not looked at as athletes in Japan. I want to utilize this opportunity to bring attention to the sport land earn respect for fighters in Japan like how Sakuraba did with his mask and performance. That is my goal.
Did you go to college and if so what degree did you earn? I went to Nihon University and have a degree in physical education.
What was your job before you started fighting? I started full-time MMA after graduating college.
Specific accomplishments in amateur competition? I have won several National wrestling championships and the World Junior championship.
Ranks in any martial arts styles: Purple belt in BJJ
Favorite grappling technique: Chokes
Favorite Striking technique: Left body kick

Cheer Kanako Murata in style.
Shop for her latest apparel from the official UFC store.
Visit the store