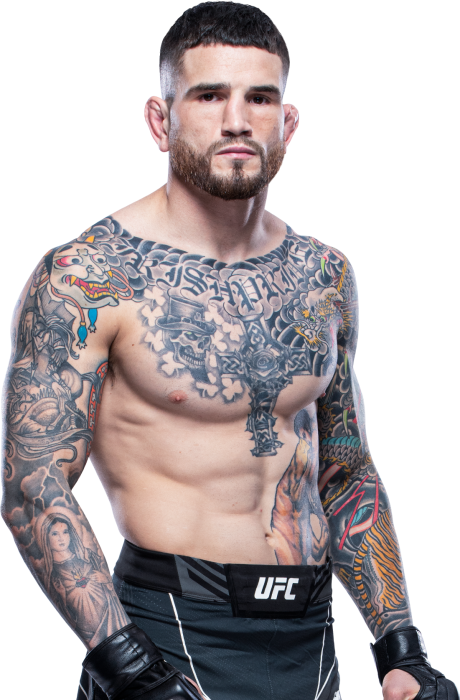 When and why did you start training for fighting? I started training because a friend of mine was doing BJJ and convinced me, my brother and a few other friends to try it and I’ve been hooked ever since. For me, martial arts built my self-esteem, which used to be pretty low when I was younger.
What ranks and titles have you held? Brazilian Jiu-Jitsu black belt, Cage Fury Fighting Championships welterweight champion
Do you have any heroes? I’m not sure you can call him my hero, but I’ve always looked at GSP as a role model for how I want my career to go.
What does it mean for you to fight in the UFC? It means everything to me. I’ve dedicated the last 10 years of my life to the sport and it is still just the beginning of my journey. but I know that all my hard work will pay off one day when I will be a UFC champion.
What was your job before you started fighting? Construction with my family
Specific accomplishments in amateur competition? I was undefeated at 5-0
Specific accomplishments in pro competition?  CFFC champion. I also hold a victory over Colton Smith.
Favorite grappling technique: Guillotine choke
Favorite Striking technique: Overhand right 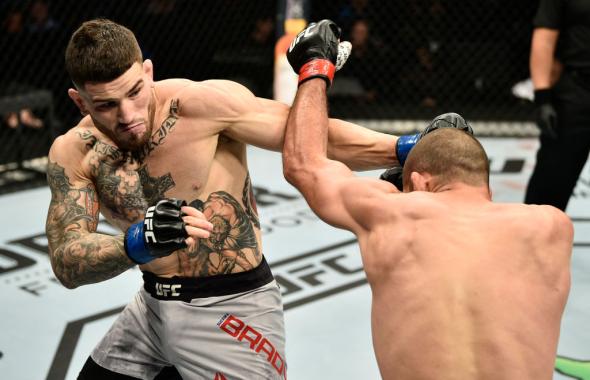