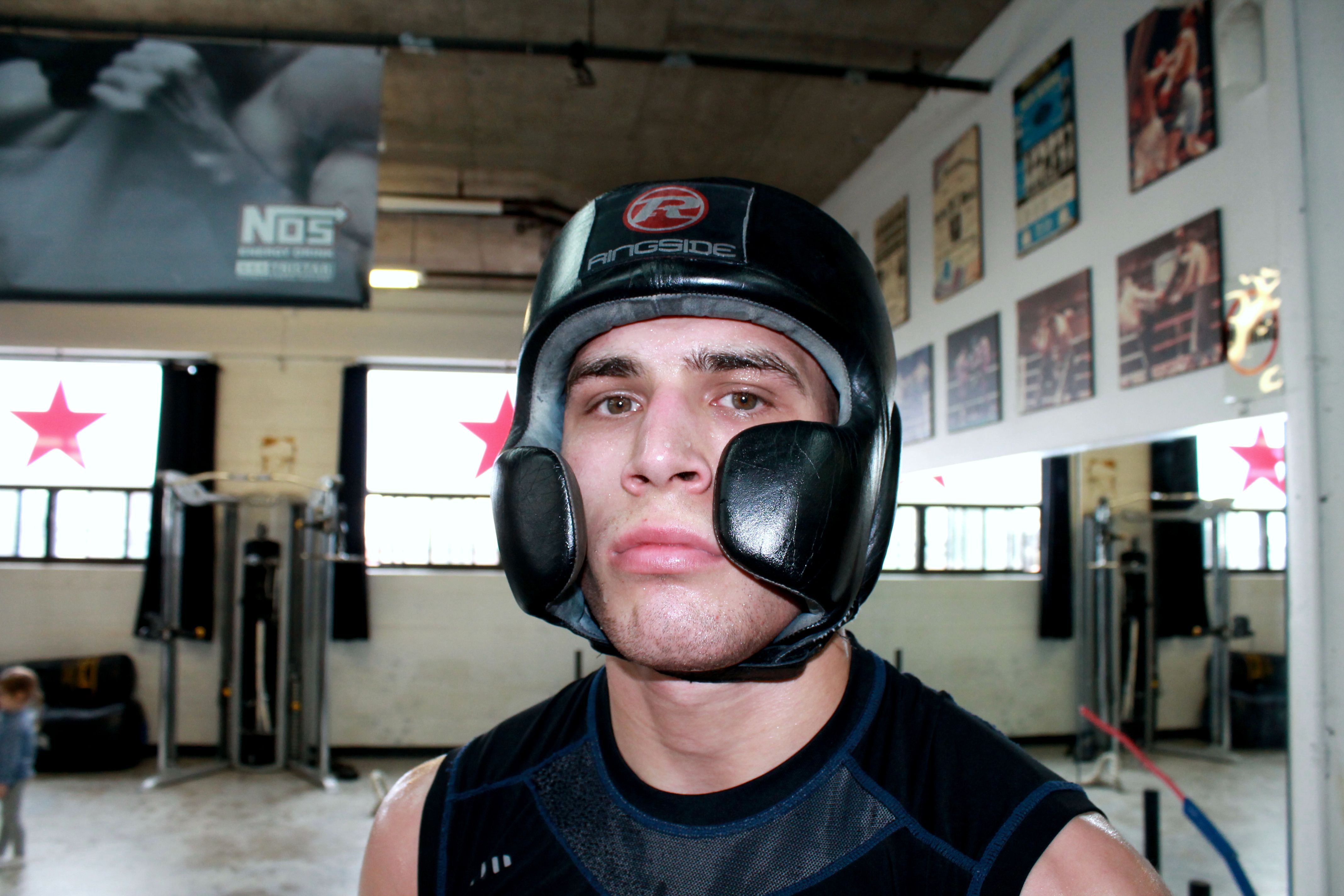 It’s a long time removed from his upcoming UFC FIGHT PASS bout in London against Keita Nakamura on Feb. 27, but Tom Breese still remembers that his mother wasn’t too pleased when he announced to her that he’d leave the lecture hall for sweaty mats and a steel cage.

Turns out it was UFC Unleashed featuring Matt Hughes that derailed Tom Breese’s college career long before it started, but since he can’t even recall what he was studying, maybe his mother shouldn’t have had hopes of seeing Breese with a mortar board in the first place.

Hints of his real calling first emerged in IT classes at school.

“I wouldn’t do any work,” Breese remembers with a smirk. “I’d just look at all the fighter stats on the UFC website. I’d look up every fighter, all the fight cards and study the UFC for the whole hour.”

That should tell you all you need to know about Tom Breese’s attitude towards school.

“I never liked it. A couple teachers caught me but I don’t think they were too bothered, to tell you the truth. They just said ‘Let him go on with it, he won’t do anything, he won’t be successful.’”

Breese laughs at the memories

Things are a lot more serious now. Two first-round finishes into his Octagon career, Breese is gearing up for his first UFC main card appearance at the sold-out O2 Arena, where he will share the spotlight with the likes of Gegard Mousasi, Michael Bisping and Anderson Silva. That’s a long way since he first walked through the doors of a dusty fight club in suburban Birmingham, England.

Starting his amateur career in 2009, Breese earned himself the nickname “Fearless” before becoming “The Octopus” for the submission prowess that ended six of seven fights. Once he made it to the UFC in 2015, though, Breese dropped the gimmick names to show that he’s all about fighting. This no-nonsense approach was forged across the pond in Montréal, Canada, where Breese lived in Tristar Gym’s fighter dorms for over a year. Focusing solely on fighting, it took him one more victory to get called up to the big leagues.
RELATED CONTENT: Breese fighter bio | Backstage interview from Fight Night Dublin

Breese loves his roommates – UFC’s Joe Duffy and Arnold Allen among them – and the sense of brotherhood built amidst the dorm’s frail furniture and shared washer. But still, “There’s no privacy. The rooms don’t have a ceiling and you can hear everyone. (The dorms) started to get busier and I wasn’t sleeping too well.”

A Performance of the Night bonus collected for his first-round knockout of Cathal Pendred last October, aptly called “50 Gs for Breese,” recently got him out of there.

And while he’ll soon get used to the new comforts of the vintage Montréal Art Deco apartment he’s sharing with his girlfriend, leaving behind the Rocky-esque mentality forged between the dorm’s thin walls doesn’t mean he’s softening up to the spoils of success.

“I have so much more energy in the gym. Everything has gotten better, everything is leveling up. My mindset, I’m a lot more confident now. Life’s good.”

Later this month, he plans to make it better.

After silencing Pendred and some 9,000 Irish fans at UFC Dublin, Breese won’t have to enter enemy territory for the first time in his UFC career on Feb. 27. Instead, Nakamura will have to make the walk into a hostile crowd at London’s O2. While Nakamura might not be the biggest name on the roster, the Japanese 40-fight veteran started his career when Breese was twelve – so someone like that is to be respected.

“It’s not my personality, I just feel like I could never overlook anyone,” Breese agrees.
“Everyone’s got two fists, everyone can knock someone out in this sport.”

Or submit someone, as Nakamura did Li Jingliang in his UFC return this past September after losing much of the bout. For Breese, it’s a question of mentality.

“Every training camp, I’m not just preparing for my next opponent. I’m pushing myself to the limits, preparing to be world champion.”

Don’t miss Silva vs Bisping! The biggest fight in the history of UFC FIGHT PASS originates from London on February 27

Whispers of Breese becoming the new face of English MMA turned to full-out discussions over the past few months as first-hour stars like Bisping are slowly closing in on forty.

Fighting on the main card could mean a looming breakthrough for Breese, but is he prepared to take on the responsibilities that’d come with that?

“Obviously, I’d much rather be training. I believe I’m the best fighter from England (but) I’m not really that fussed about being the face of English MMA; I just want to get better. At the same time, it’s good to be recognized for my skills, so yeah, I’m just going with the flow.” 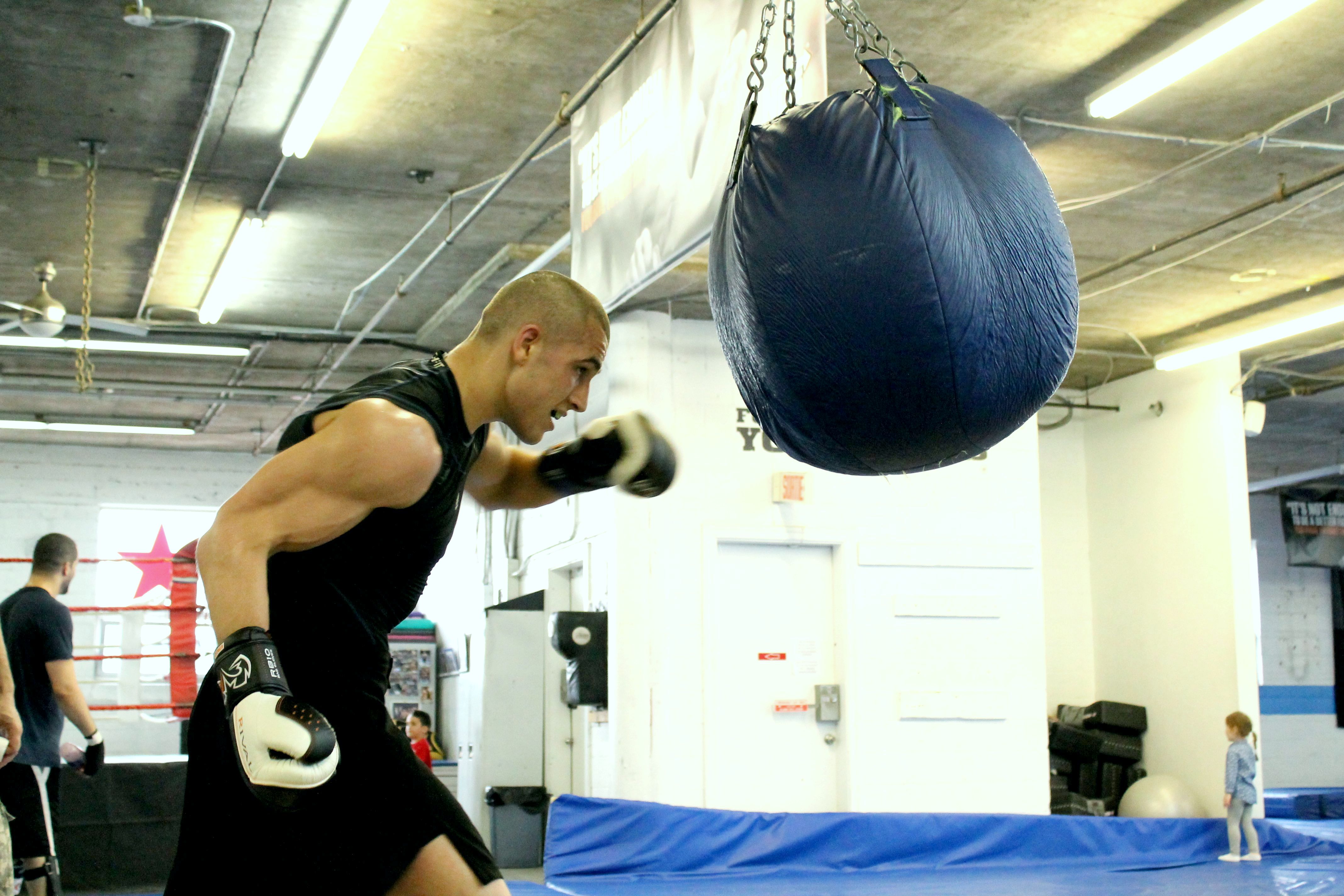 Next? Breese doesn’t want to plot his route through the ranks, though he’s not opposed to setting the proper stage.

“I’m definitely happy with my placement on the (London) card, I feel like the UFC sees a lot of potential in me. If this fight goes well, I’d love to fight on a big PPV card in Las Vegas.”

Word is there’s one coming up in July.

“Oh, UFC 200 would be amazing,” Breese laughs. “I feel like I’m an entertaining fighter – I bring it. Nine fights, nine finishes, six in the first round. People want to see those kinds of fighters.”

Thinking about pulling a McGregor to support the path towards PPV?

“I don’t need to do it,” Breese says, now clinically. “My fighting does the talking.”

It has, for six years and nine professional fights after dropping out of college classes he rarely ever attended. Now, even Breese’s parents have found peace with their son’s unlikely path.

“They’re fighting in the crowd if they have to,” he laughs. “In Ireland, my mum got into a bit of an argument with someone because people were booing me and she was there backing me up. My parents are proud of me.”