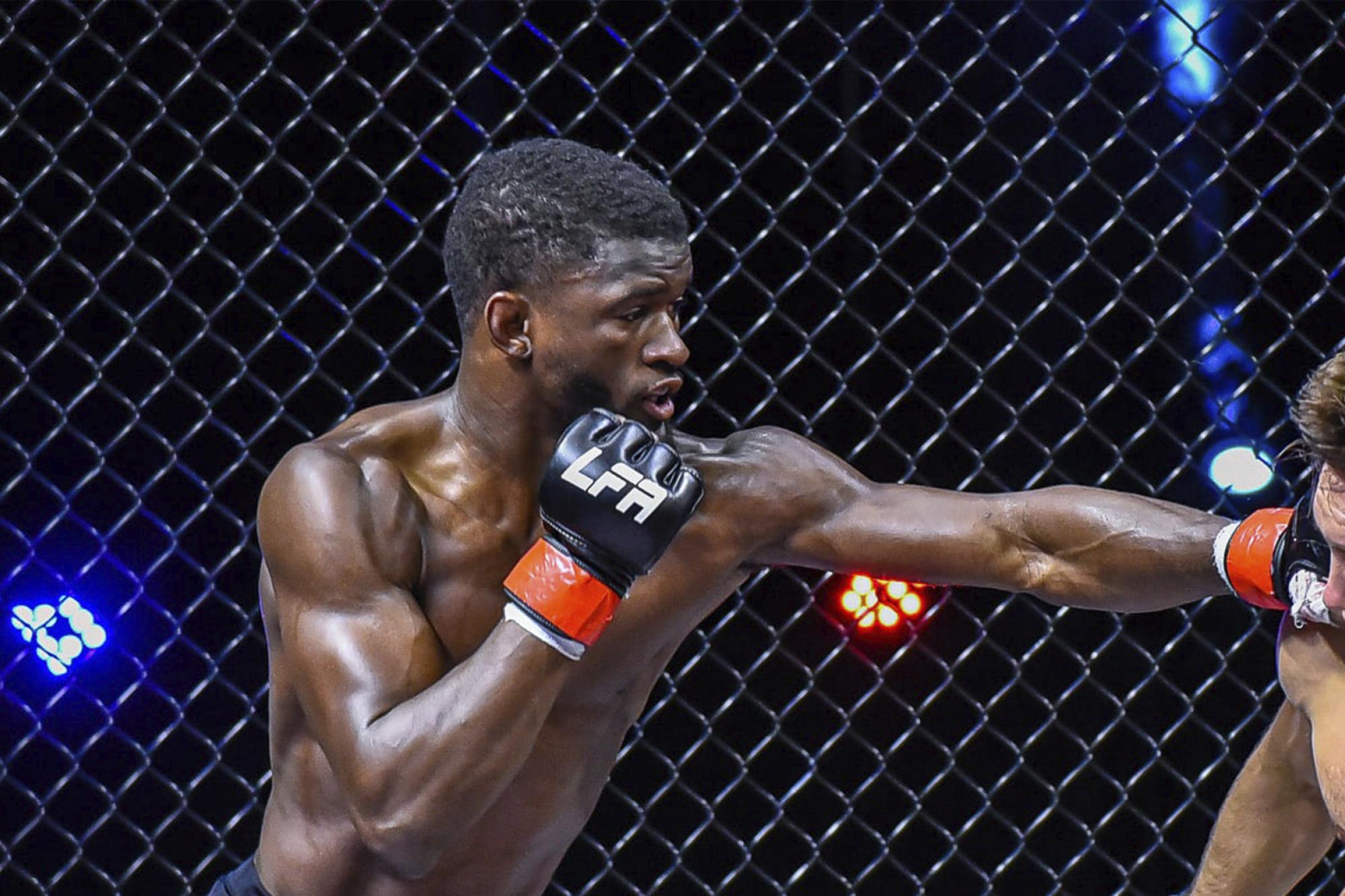 Courage And Belief Are The Keys For Edwin Cooper Jr.

LFA featherweight Edwin Cooper Jr. is making his third trip to the LFA cage and is happy to put his family his city and University of Iowa wrestling on his shoulders.

Growing up in Joliet, Illinois, Cooper has never been a stranger to combat. Whether it was organized or a street altercation, self-defense has been a skill Cooper has been sharpening long before his first MMA bout.

“I feel like I’ve always been a fighter,” Cooper said. “I grew up in Chicago and you’ve got to learn how to fight and that stuck with me.”

Attaching himself to wrestling as a kid, Cooper excelled and landed a spot on the Upper Iowa University wrestling team before making his way to one of the most revered wrestling universities in the country. The University of Iowa. 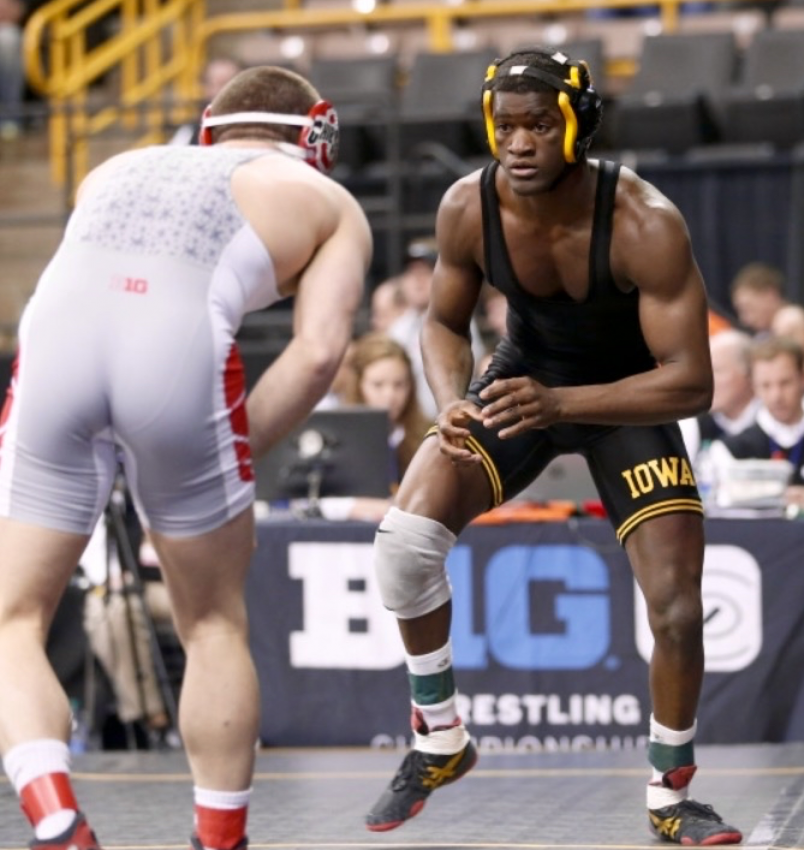 Coaches turned to father figures and a passion turned into letters for Cooper. There was very little he wasn’t able to absorb at his time in Iowa City, but the lessons didn’t stop when he graduated.

“The best thing I would say that I achieved at Iowa besides wrestling in the Big Ten, wrestling in Madison Square Garden, qualifying for Nationals, trying to win a team title for my team, wrestling some of the best wrestlers in the world, being in there with [Brent] Metcalf, being able to talk to guys who were mentors and father figures in my life like the Brands and Dan Gable, it was an unbelievable experience,” Cooper listed off. “Here’s the thing, anyone can go there and be there. For me, it’s going there and having a legacy and setting up a legacy for my family in the long run.”

The wrestling to MMA transition has always been one of the smoothest in terms of crossover sports. Cooper feels that it comes from the work ethic you’re forced to adapt when wrestling at a high level. A lazy wrestler in practice or competition is a wrestler who never makes it to Iowa to begin with.

“Wrestling and MMA are still just two different ballgames, you know? But, at the end of the day, it’s a lot of hard work,” Cooper explained. “It all comes with having a lot of courage and believing in yourself and doing everything on a consistent basis.” 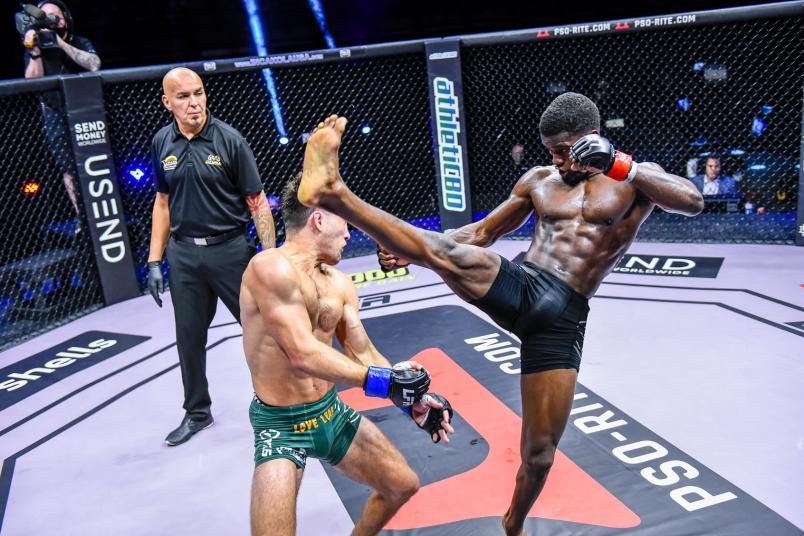 Edwin Cooper Jr. throws a kick in a fight in LFA (photo courtesy of LFA)

With no real explanation as to why the Hawkeyes haven’t made a bigger splash in MMA, Cooper does lend a helping hand to any Iowa wrestlers looking to trade in the wrestling shoes for MMA gloves.

“If any of those guys want to have some fun, get in contact with me and we can have some fun as quickly as you like,” Cooper said. “I’m out here training in New Mexico and we’re all a family. It’s a great transitional team to help these guys out to do things they would like to do and things for their family. And not just their family but also for the University of Iowa wrestling family. Take care of what needs to be taken care of first. Wrestle, win national titles, make the Olympics and so on and if you guys want to fight, you know where to come.”

The day may come where we see Edwin Cooper Jr. in the leadership role Greg Jackson has taken in his career and the role Tom and Terry Brands took before him. Until then, we’ll get many years of fighting out of the 28-year-old.