Ronda Rousey - No Rest For The Rowdy

Ahead of her upcoming title fight with Bethe Correia, Rousey said on Monday's media conference call that she doesn't know how to relax during training camp, and Bethe will get what she deserves come UFC 190 in Rio. 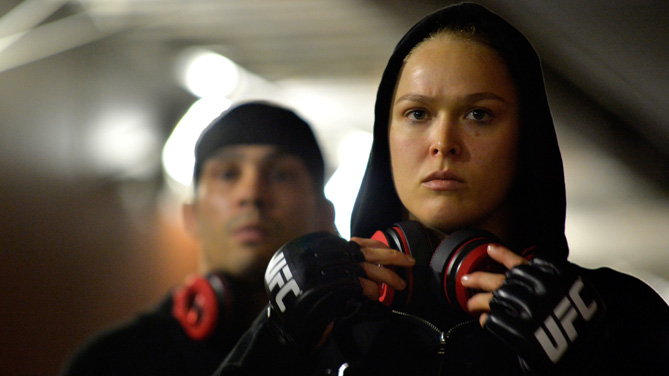 Ronda Rousey says she doesn’t know how to relax, and her schedule proves it. The UFC women’s bantamweight champion, who has been in Rio de Janeiro for just over a week preparing for Saturday’s UFC 190 grudge match against seventh-ranked Bethe Correia (9-0-0) at HSBC Arena, said she’s planning at least three title defenses in the next few months.

If Rousey appears to be overlooking Correia’s impertinent approach to the Brazilian’s first UFC title shot, think again. Certainly she’s eager to avenge the losses of friends and teammates Jessamyn Duke and Shayna Baszler to Correia.

But she is absolutely simmering over Correia’s trash-talking crack about suicide, a particularly insensitive taunt in light of Rousey’s father, Ron, committing suicide when she was a child. 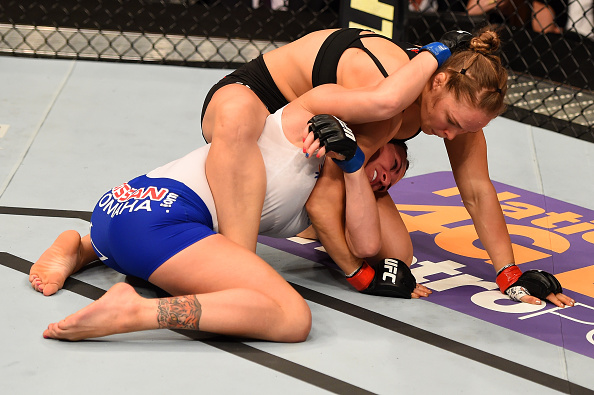 In the now-infamous interview, Correia told Combate: “I would give her a rematch so she wouldn’t cry so much. She can’t handle pressure. I will give her the opportunity to try and get the belt back. Please don’t kill yourself. Don’t commit suicide. I will give you a rematch.”
Said Rousey, “I think everything up until the suicide comment could have been understandable from a marketing point of view. But when she said that, that’s when it really crossed the line and became truly personal for me.”

Correia said Monday that Rousey’s Hollywood career has distracted her from her focus and training. This caused the champ – who has starred in three movies, The Expendables 3, Furious Seven, and Entourage – in the past 18 months, to break out in laughter.
“I’m very bad at resting,” she admitted. “I have a problem, I’ll go defend my belt and I’ll be at the gym two days later. I don’t really know what to do with myself.

RELATED CONTENT: Rousey And The 4 Horsewomen | UFC 190 Embedded: Episode 1 | Correia Says She Knows Rousey's Weakness
“I just get so super, ultra-focused. I think it’s hilarious when people say, ‘She’s doing movies and she’s going to lose her focus!’ and all this stuff. And I’m like, ‘Wow, you guys are counting on something that’s really the opposite of my problem.’” 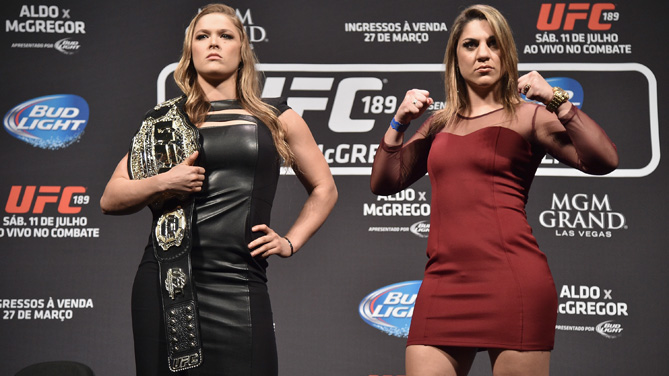 Rousey has brought her large extended family to the Brazil “so they can see me beat the crap out of Bethe.” She’s predicted a lengthy, painful encounter for Correia, a brutal pounding that will make the 14-second submission of Cat Zingano at UFC 184 seem like a mercy kill.

This promise of extended combat was not welcomed by Rousey’s mother and role model, AnnMaria De Mars, who doesn’t like to see her daughter engage and risk injury in the Octagon any longer than necessary.

“To be honest, my mom is pissed. She doesn’t want me to do it. She chewed me out,” Rousey said with a laugh. “She wants me to end it as quick as possible, and I promised her I’m going to be fine and I’m not going to take any damage.

“If it goes any longer, it’s just because I’m punishing her more. I’m not going to not purposely finish her if I see something, but I can still drag it out and make the finish just a little bit more, you know, thorough.”

Nancy Gay is the Editor-in-Chief of UFC.com and has been a professional sports journalist for more than two decades. Follow her on Twitter at @NancyGay