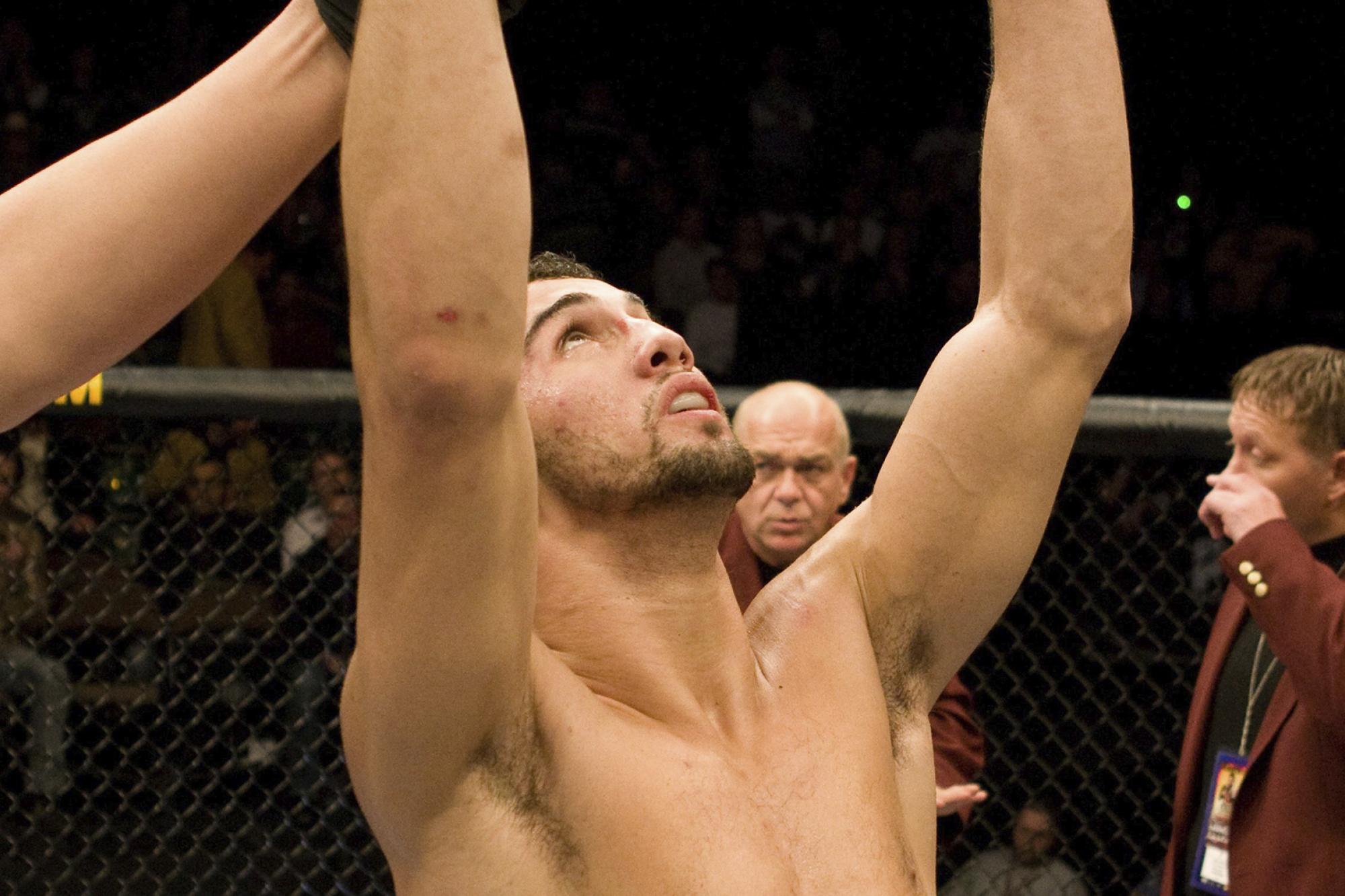 Outside of a peek behind the coaching curtain of both Matt Hughes and Matt Serra and a couple names familiar to today’s casual fan, The Ultimate Fighter 6 doesn’t stand the test of time the way previous seasons have. Did a freak injury rob us of a completely different welterweight landscape?

First introduced to producers by TUF 5 character Allen Berube, the Tampa-produced Matt Arroyo was literally coached on how to make the perfect splash in front of the powers that be.

Obviously the king of first impressions didn’t lead him astray and Arroyo was in the house. He would be on cable television for the first time, but the hard part was just about to begin, and Arroyo was as ready as he could be.

“I think I was the second fight of the season,” Arroyo said. “I was only 2-1 when I got on the show. Back then they were letting guys on with only a couple fights and just trying to get personalities on there and new people and mixing them in with people who have a lot of experience. I was scared to death before that first fight.”

Poor reffing or the greatest comeback in TUF history?#TUFMonth pic.twitter.com/hbfLpPpraE

Next man up, same result.

By the time Arroyo got a chance to look around, he was in the semifinals gearing up to take on Mac Danzig with two first-round submissions under his purple belt.

“Coming into that second fight, I wasn’t even a quarter as nervous,” Arroyo explained. “I was definitely nervous he would come try to take my head off, but I knew that if I got it down to the ground I would win, so it was a really quick fight. It was one of those fights where I didn’t take much damage at all.”

The semi finals were set. Two submission aces matched up with a contract likely on the line. For the first time in the show, Arroyo was more than comfortable. With Danzig’s ground-based attack, the fight was likely going to end up right where Arroyo wanted it.

"Do you want to be a fighter?" #UFC500 @danawhite pic.twitter.com/yJb6HAedYQ

Just days out from the new “biggest fight of his life,” a familiar ghost paid him a visit.

“It’s always wrestling,” Arroyo said. “Every injury I’ve ever gotten pretty much was wrestling. I was wrestling with one of the guys on there, Richie (Hightower), and we were both going for a body lock takedown, and he got it and landed right on my rib.”

With every twist and deep breath, Arroyo was reminded that things may be out of his control, with his BJJ all but ruled out for the Danzig fight, which he withdrew from. From a strategic standpoint, he felt it made no sense to engage in a ground battle when he couldn’t compete anywhere near the level he was capable of.

Recap Episode One Of The Return Of The Ultimate Fighter

“At that time, the whole undercard was the people who were on the show win or lose, except people who lose really quick,” Arroyo said. “I knew I’d get a chance in the finale, where I could hopefully come back one hundred percent and show what I can do.”

Second-guessing and eye rolling came at a minimum. Arroyo never felt challenged or on eggshells. Two finishes in two rounds speak for themselves. Arroyo would place the TUF 6 Finale in his crosshairs and move on.

So the TUF 6 Finale came and wouldn’t you guess, Arroyo notched yet another first-round submission.

He would go on to fight two more times in the UFC but after suffering two straight losses, Arroyo was gone. No local shows, no career resurgence. Gone.

A 1-2 record in the UFC may not be anybody’s wildest dreams, but Arroyo is fairly sure that had he stayed healthy he would’ve made easy work out of the matchup that was on the table.

To relive all of TUF 6 and Matt Arroyo’s UFC career, sign up TODAY for UFC FIGHT PASS!