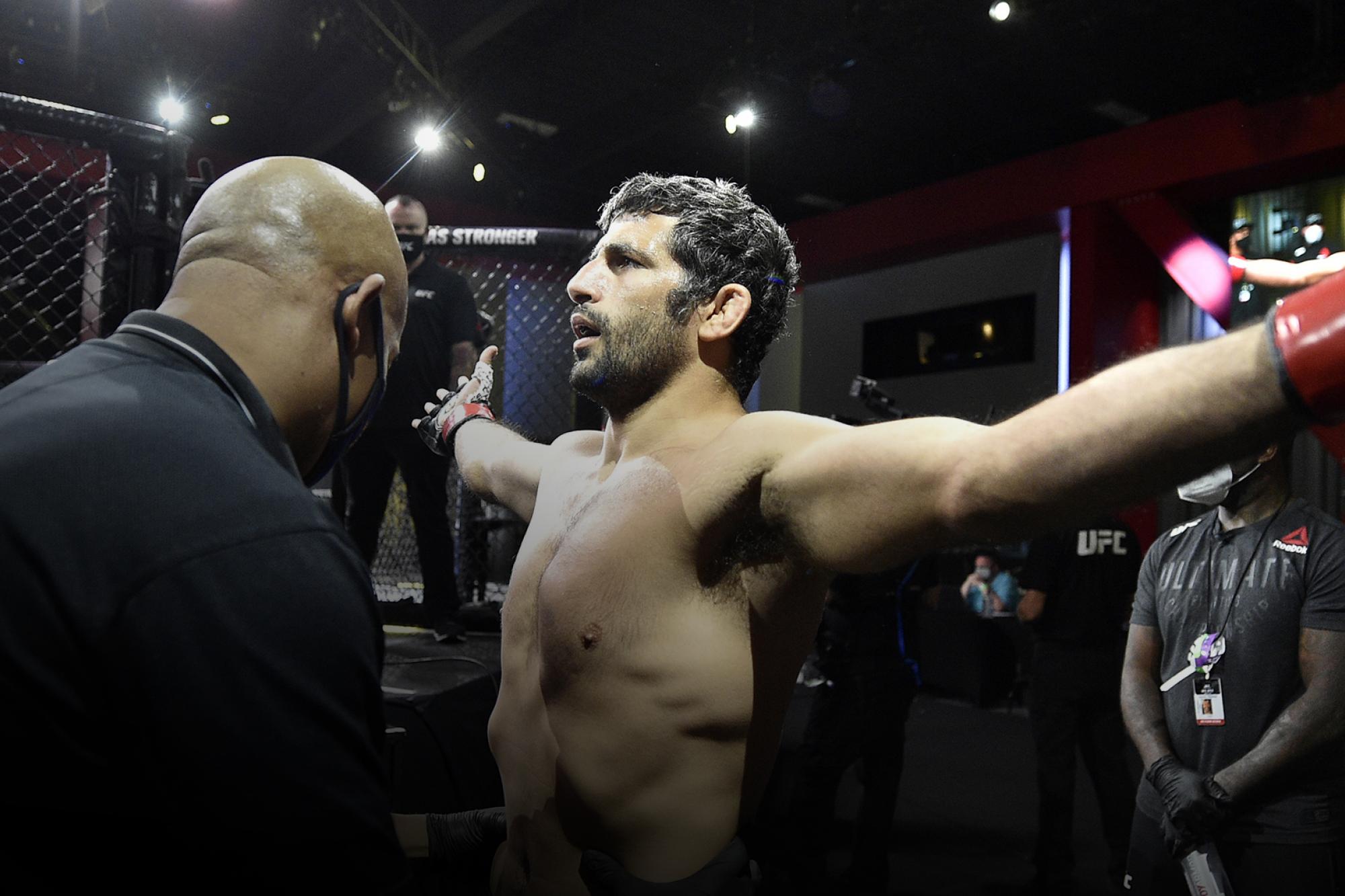 Take a deep dive into the key stats of some of the UFC Fight Night: Overeem vs Volkov's biggest match-ups.
으로 Zac Pacleb, on Twitter @ZacPacleb • 25.07.21

Take a deep dive into the key stats of some of the UFC Fight Night: Overeem vs Volkov's biggest match-ups.

(All stats according to UFC’s Record Book as of February 4, 2021, and only include active athletes in their respective division unless noted otherwise)

What It Means: Few have done it at the highest level longer than Overeem, and more impressive is the way he has reinvented himself over the last few years since moving to Team Elevation in Colorado. Rather than relying solely on his striking pedigree, Overeem has mixed in wrestling with good results so far. As a methodical and patient fighter, Overeem has always been able to pick his shots and stay at range, but with the added element of grappling, particularly against the cage, he has been able to extend his days as a contender.

What It Means: Volkov is one of the better and more diverse strikers in the heavyweight division. At 6-foot-7 with an 80-inch reach, Volkov has a tremendous range and does pretty well fighting at distance, picking his shots. He mixes in front kicks to the body and sets up strikes effectively. When he finds his rhythm and distance, he’s a difficult puzzle for most heavyweights to solve.

What to Look For in the Fight: A few years ago, perhaps this fight would’ve been a guaranteed striking display. However, given Overeem’s recent revamp of his approach, it’ll be interesting to see if the Dutchman can effectively get Volkov to the mat and negate the Russian’s striking. Volkov is good at fighting long and has beat stronger grapplers before, but Overeem’s overall size combined makes for a powerful wrestler. On the feet, Volkov will have the speed advantage, but both are experienced and powerful. 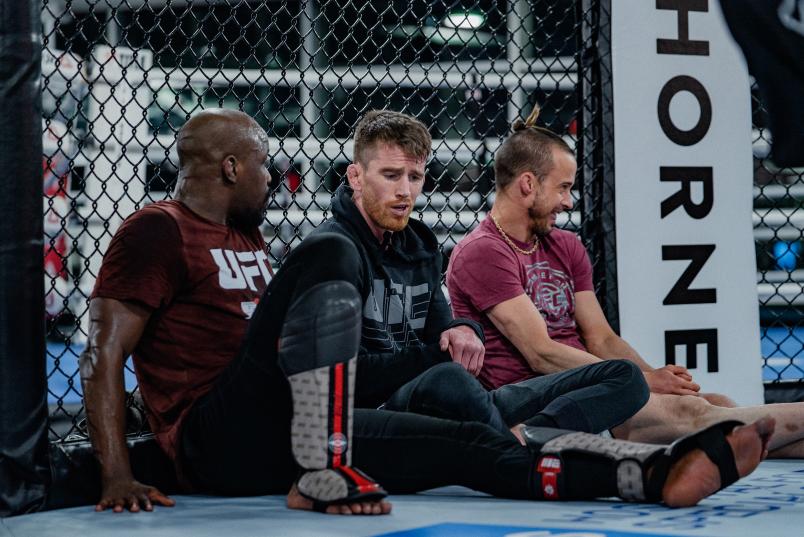 What It Means: Sandhagen is a rangy striker with slick submission skills when they’re needed, but he’s strongest on the feet, dictating the tempo and rhythm of the fight. He’s a good athlete with smart footwork, using his long 5-foot-11 frame to swarm opponents against the fence. His hands are smooth, and he loves finishing combinations with a left hook to the body. To keep range, he’ll mix up his kicks and likes to use a spinning back kick to the body as a counter that keeps range as well.

What It Means: At 39 years old, Edgar showed he has plenty left in the tank in a hard-fought bantamweight debut against Pedro Munhoz. Perhaps the most encouraging thing was that fight looked like a classic fight from “The Answer.” He showed good cardio, strong grappling and well-rounded striking, all while keeping a high pace. His toughness and overall skill set seem well intact, and combined with nearly unrivaled experience, he remains a tough matchup for any fighter.

What to Look For in the Fight: The pace and range of the fight will probably be a good indicator for who is dictating the fight. Edgar will want to get inside and close the range on the longer and taller Sandhagen, who prefers to utilize those long limbs to strike at range. Both enjoy a higher-paced fight, though Sandhagen keeps his work-rate higher with feints than Edgar. Wrestling is the wild card, as Edgar is one of the better wrestlers who hustles well for takedowns, and Sandhagen can be tricky off his back.

Other Fights to Watch (Diego Ferreira vs Beneil Dariush) 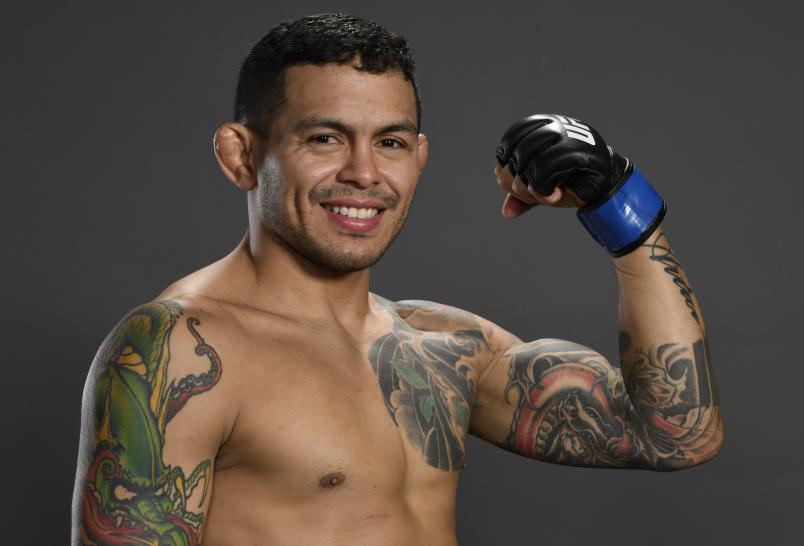 Diego Ferreira of Brazil poses for a portrait backstage during the UFC 246 event at T-Mobile Arena on January 18, 2020 in Las Vegas, Nevada. (Photo by Mike Roach/Zuffa LLC)

What It Means: Ferreira’s Plan A is always going to be his submission skills, but he has worked hard to round out his skill set and become a strong striker as well. Ferreira strikes with the confidence and abandon of a man supremely confident in his jiu-jitsu, and his overall strength makes him a suffocating fighter to compete against. 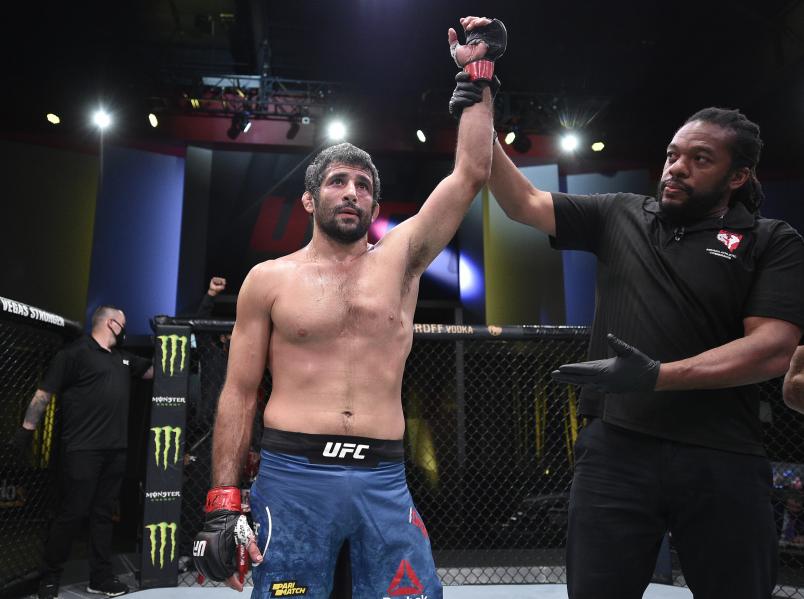 Beneil Dariush of Iran reacts after his knockout victory over Scott Holtzman in their lightweight fight during the UFC Fight Night event at UFC APEX on August 08, 2020 in Las Vegas, Nevada. (Photo by Chris Unger/Zuffa LLC)

What It Means: Dariush’s penchant for exciting fights and big knockouts at times overshadows how impactful his grappling can be, but as he showed against Scott Holtzman, his tendency for the spectacular isn’t a flash in the pan either. He is an aggressive fighter in all aspects and can fight well on the back foot equally as well as when he is pressing forward.

What to Look For in the Fight: In a rematch more than six years in the making, Dariush and Ferreira have grown from submission specialists to two of the more dangerous finishers in the loaded lightweight division. Dariush is probably the more polished on the feet and has truer knockout power, but Ferreira’s ability to mix things up and get himself into a submission attempt is equally impressive.