Lightweight Pat Healy brings an unorthodox approach to fitness and fighting stress en route to his UFC return against Jim Miller at UFC 159. 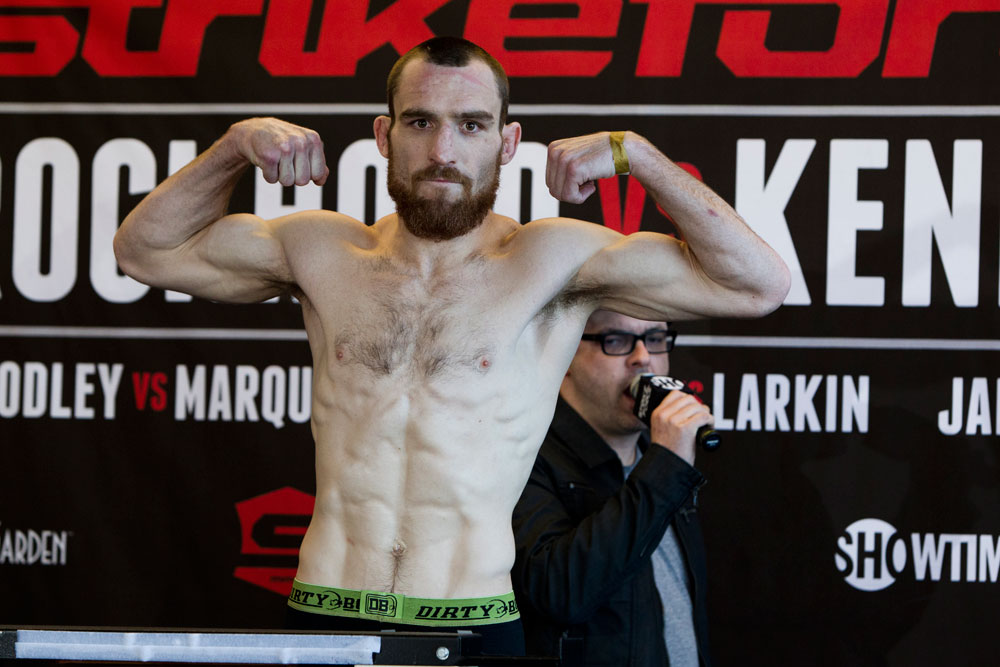 UFC lightweight Pat “Bam Bam” Healy (31-15) has been embracing the pressure as he readies for his April 27th showdown with veteran Jim Miller (22-4) at UFC 159. So far, his methods have been working: The Strikeforce import is riding a six-fight winning
streak into UFC 159 and earned a title shot in the promotion before an injury took planned opponent Gilbert Melendez out of their bout. (Follow BamBamHealy on Twitter | Instagram)

Now he's ready to extend his run inside the Octagon. “Miller
is really good in tight, and he's down for a brawl, so I want to use
my size and length to control the distance,” he said. “My clinch, size,
and reach might create problems for him. I think those will be big keys
to me winning this fight.”

It's a logical gameplan, but that doesn't mean his entire preparation is by the book. So far, Healy's recipe for success has relied on doing the things that other fighters make efforts to avoid. More about his unusual approach here:

Do this Don't: Stress Out 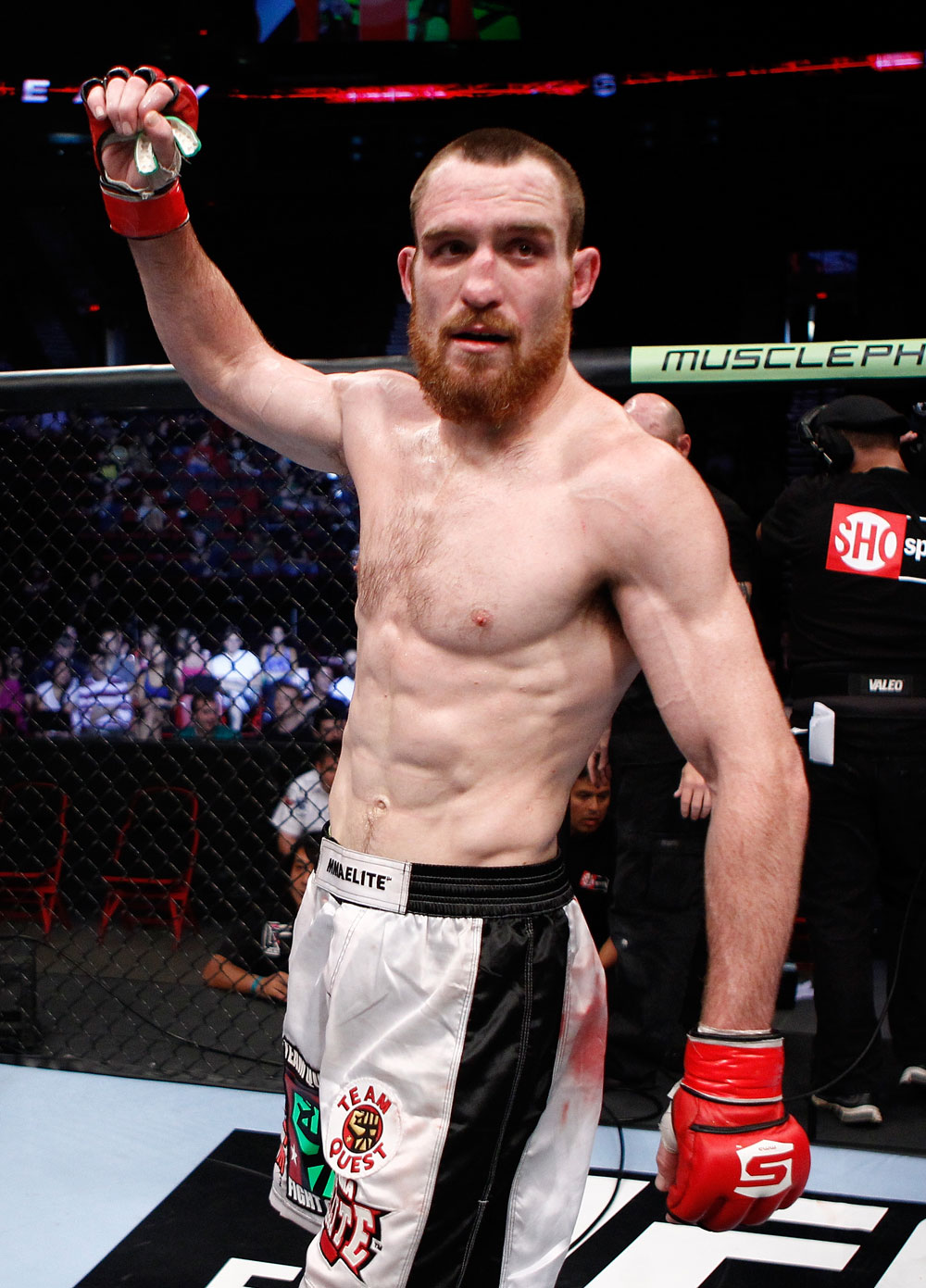 Some of Healy’s angst stems from knowing he’s stepping into the cage in New Jersey — his opponent’s home state. There’s also the fact that he’s anxious to make his return to the Octagon more memorable than his debut (his lone UFC fight in 2006 ended in a loss). But, surprisingly enough, a majority of the stress he’s been under is homegrown and by design.

“About a month out from a fight, I start to force myself to feel the pressure,” Healy told UFC.com. “The staredown, weigh-in, heading into a hostile crowd … you have to think about the pressure early and often and know it’s going to be there; you almost have to embrace it.” Get used to the discomfort on the front end, Healy seems to think, and you'll be less likely to fall victim to jitters during the real deal.

Do this Don't: Skip Protein
Healy's diet is as unconventional as his approach to the butterflies. Quick-digesting whey protein shakes that many athletes use to aid muscle growth and repair after tough workouts are out. Fruit and vegetable juice is in.

“I’m a pretty big guy to have to get down to 155 [pounds], so I need to do everything to get there,” he said. “Vegetable juice goes right through me. I’m hardly putting on any calories and the nutrients stick, so I get a lot of bang for the buck. Plus, that juice is like an energy boost to me after a workout; it brings me back to life.”

While a protein-free meal plan isn't advisable for most people, Healy is on to one element that many athletes underestimate: Timing."Proper meal timing is critical, not just for meeting your nutrient needs, but for mood," says Andy Hennebelle, NASM-CPT, CSCS, USAW, a strength coach at the UFC Gym in Corona, Calif. "When an athlete feels better and more confident, he'll put forth more effort, and the end results is a better workout."

Do this Don't: Take Days Off
“I usually take Wednesdays and Sundays off,” he explained. “I know some people don’t take days off, but you can only push your body so hard. If you’re taking less rest and getting more workouts but the intensity isn’t there, are you really getting everything out of each workout? No, you just grind yourself into the ground.”

Do this Do: Throw the Perfect Jab 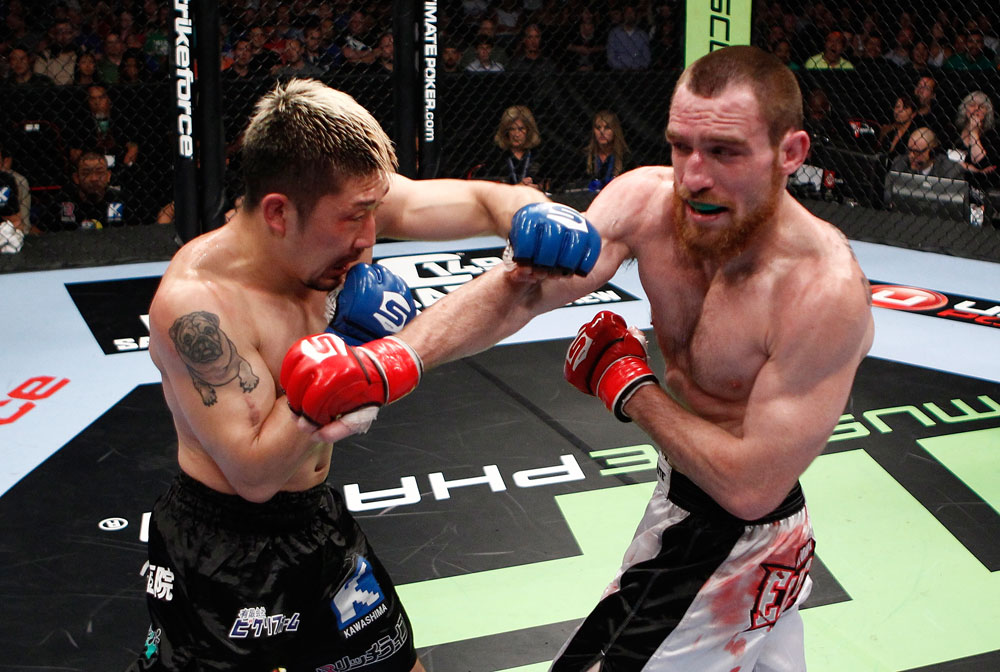 Of course, some basics don't need to be bucked -- an essential component to Healy's strategy on Saturday will be delivering a healthy jab, and Healy sticks to the tried-and-true rules for this striking technique. The jab can blunt an opponent’s attack to set up punches, kicks, and takedowns, making it Healy's favorite punch. Here, his secrets for a perfect jab.

Tip #1: Stay loose and throw your jab without tension.
Tip #2: Keep your elbow in tight. If it flares out, your opponent will see it coming.
Tip #3: Pump it out without using a lot of energy. "Get that baby snapping!" he says.
Tip #4: Push off of the rear foot to generate more power.
Tip #5: Hands up, chin down. “I try to keep my non-striking hand up a little so I have a good defense when the jab is extended," says Healy. "I want the hand to be on my chin so my shoulder is high and my face is hidden if they try to counter.”