How does the "California Kid" stay so fast? Bantamweight Urijah Faber shows us the moves that make the difference.

Below are four moves using a medicine ball that you can implement today. Start with two sets of 10 to fire up any strength and weightlifting program. 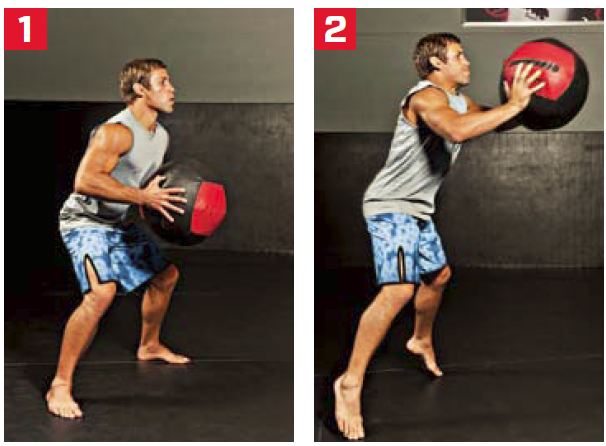 Hold
the medicine ball with both hands at chest level. Get  into a squat
position and then explode forward, throwing  the ball to your partner’s
chest. Use your whole body to  generate power, getting full extension at
your ankles,  knees, and hips. The medicine ball should be propelled by  the force of the jump rather than the strength of your arms.


TIP: Perform medicine ball throws in two fashions: Use a  partner to pass the ball very quickly back and forth, and  then throw the ball in an open space for maximum power  and distance.

Medicine Ball High-to-Low
Get a 10- to 14-pound medicine ball
and face a partner who is standing about eight feet away from you. Bring
the ball behind your head, like a soccer throw-in, and slam it toward
your partner’s knees. The partner will catch the ball between his knees
and then, in a deadlift-type motion, throw it back at face-level to his
partner. After ten throws, the partners switch positions. 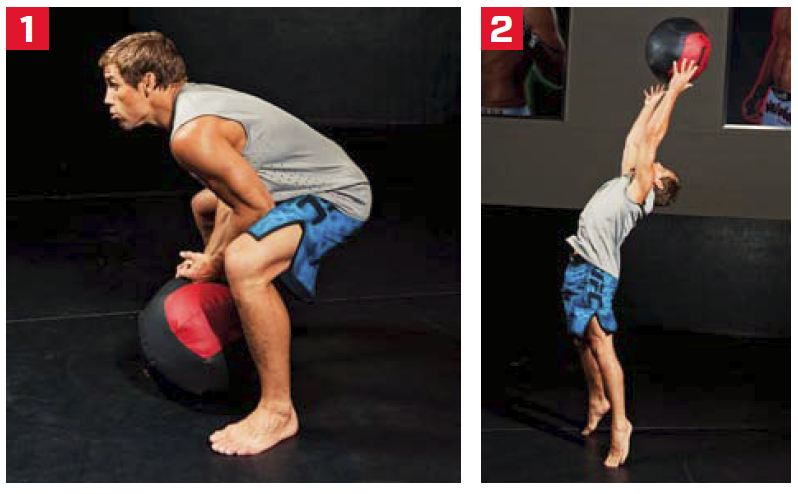 Place a medicine ball on the floor and stand over it, with your back to your partner. Drop into a deadlift position to pick up the ball. Push through your heels and explode upwards, bringing the ball over your head as you extend at the ankles, knees, and hips. Forcefully release the ball at the apex of the movement, sending it as high and as far as possible.

TIP: DynaMax-style medicine balls, ones that have a soft filling and a smooth surface, are ideal for partner-catch drills.

Stand perpendicular to your partner,
who is about eight feet away, so your left shoulder is facing his chest.
Hold the ball with two hands near your right hip. Forcefully turn the
right hip over and pivot on the right foot, rotating your body and
using the power of your hips to throw the ball to your partner’s chest.
The motion is just like throwing a right cross 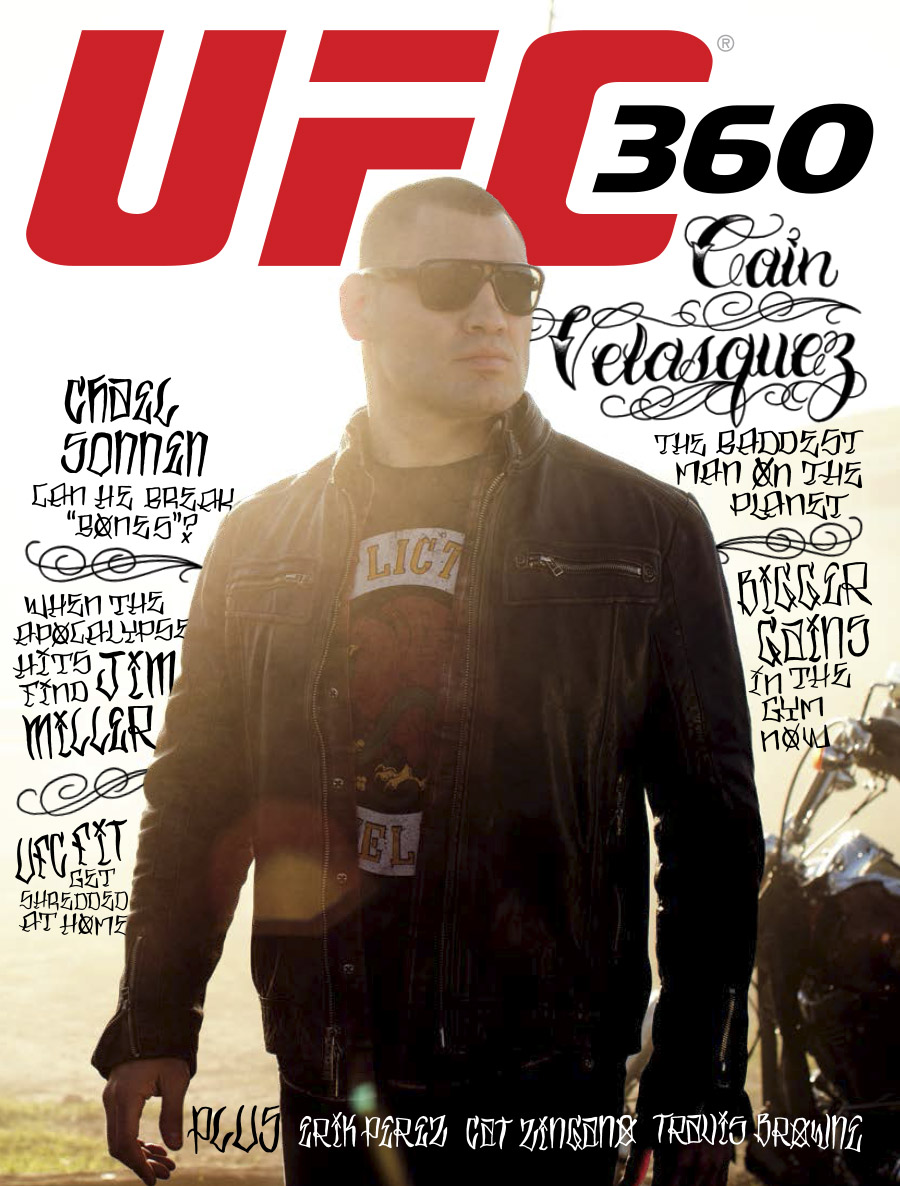 These exercises originally appeared in issue 15 of UFC 360.
Click here to subscribe to UFC 360, the official magazine of
the Ultimate Fighting Championship, available now in print and
digital editions. Photos by James Law