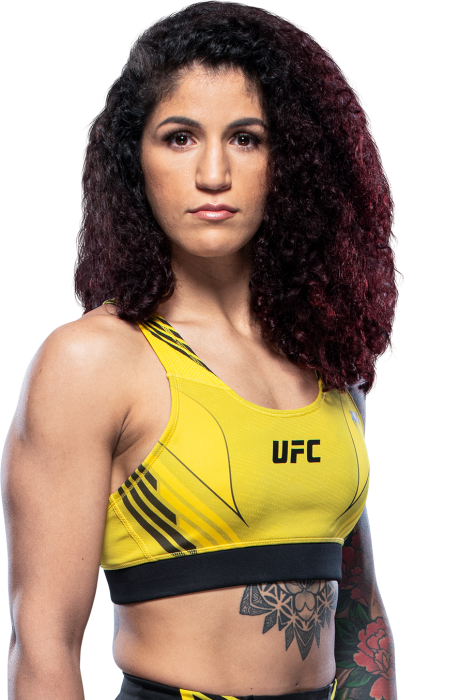 When and why did you start training for fighting? I started competing in amateur boxing as a kid (13 years old) until I was 18, and that’s when I started doing submission wrestling and MMA. I started doing pro MMA because I had a feeling that I could go really far. I had much love for boxing. But boxing didn’t have love for me. So when I found MMA, I found what I was made to do.
What ranks and titles have you held? BJJ purple belt. I’m the first ever female Cage Warriors 135 champion.
What does it mean for you to fight in the UFC? It’s like reaching the peak of what you’ve been working for all these years. I always knew I was UFC-caliber. That’s why I never worried about coming into the UFC later. I’m not here to make somebody else’s record good, or be a punching bag like many others.  I’m here for me; I’m here because I’m the best.
Did you go to college and if so what degree did you earn? Community College, international. Other than that I’m a certified car painter since high school.
What was your job before you started fighting? Car painter, teaching sports, working with high school kids at schools. I still work as an assistant nurse during nights when I’m not in camp.  Teaching MMA and other martial arts when I don’t train myself.
Specific accomplishments in amateur competition? 22 amateur boxing fights. Undefeated in all my K-1 and Thai fights. Silver 2010 and gold 2011 at the amateur MMA Swedish championships.
Favorite grappling technique: Anaconda
Favorite Striking technique: Left hook 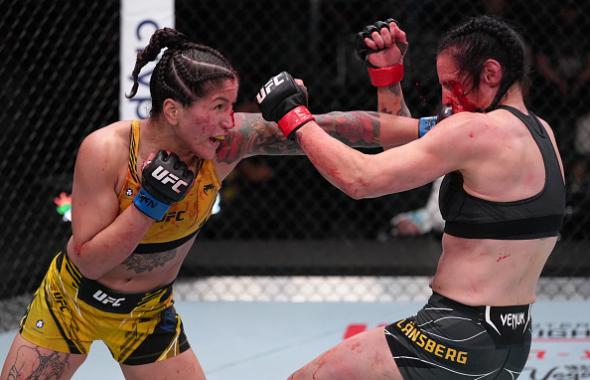