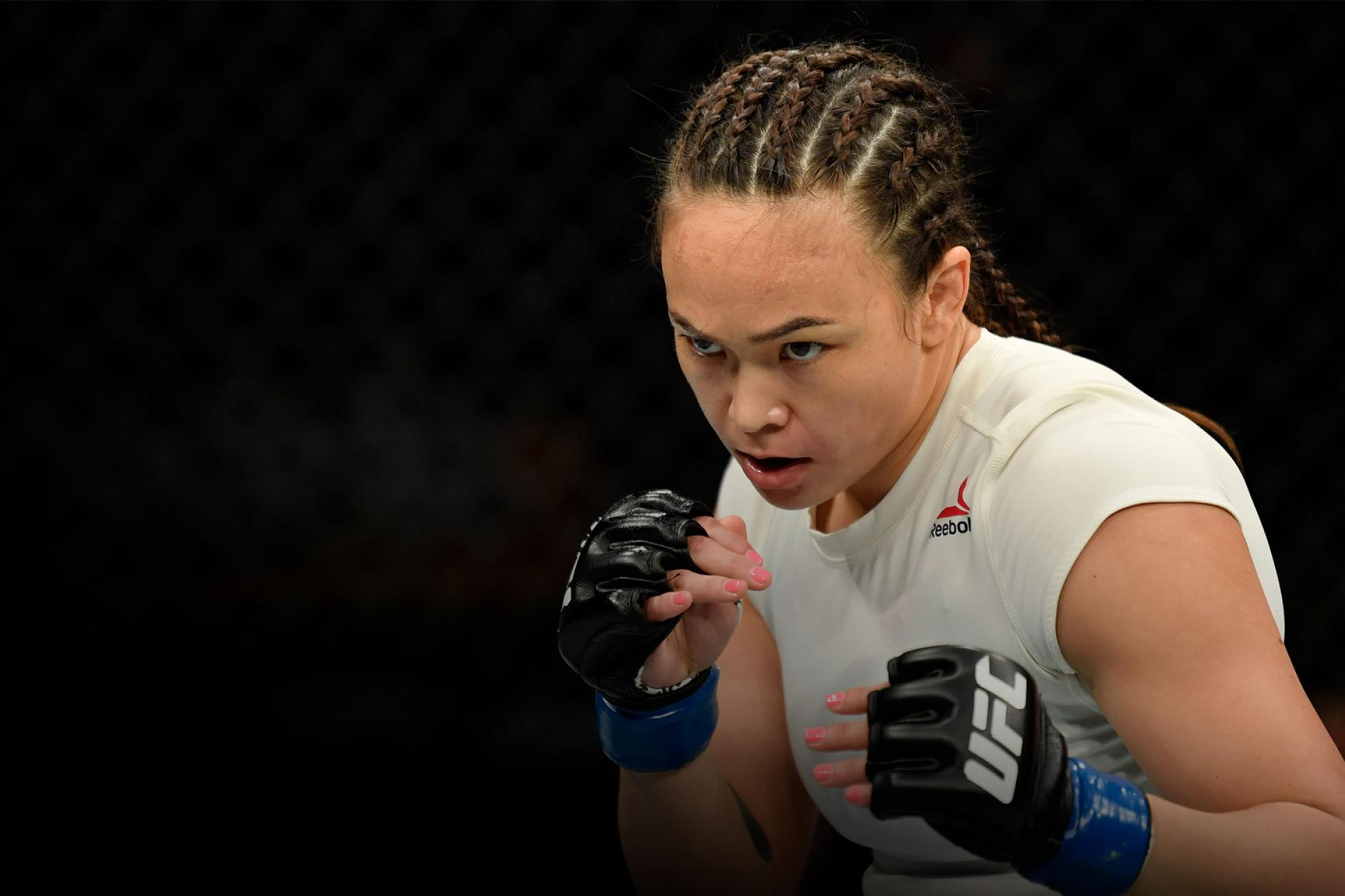 Michelle Waterson is hungry to get back in the win column and gain ground on a title shot
으로 Jon Gagnon • 25.07.21

Michelle Waterson has spent no time fretting about her last two trips to the Octagon. Those trips didn’t exactly go the way Waterson had hoped. But rather than sit back, take some time off and reassess her game plan, Waterson was motivated by the results.

“A loss never sits well in your stomach. For me, it’s left me feeling hungry,” Waterson said. “I want to feel the taste of victory again and being back in the grind of what it is to prepare for a fight has reinvigorated me. I don’t see the two losses as anything that hold me back; they’re steppingstones to the future.”

Waterson’s 13-year professional career has molded the mentality that’s needed for a fighter to push forward through adversity. She can also rest assured in knowing her losses weren’t traditional. First, she went five rounds with one of the sport’s GOATs (Joanna Jedrzeczyk) and then suffered a split decision loss to another former champ (Carla Esparza).

If anything, those last eight rounds proved Waterson is right where she belongs – fighting the best of the best.

Michelle Waterson talks about what drives her to be a UFC fighter.

“There’s something to be said about who I lost to,” Waterson said. “It’s nothing to hold my head down about against Joanna and my last one was controversial.”

Waterson’s hunger has led her straight to the bright lights yet again after her bout with Angela Hill was bumped to a five-round main event affair on the UFC Vegas 10 card this Saturday.

It’s not uncommon for a main event to see a matchup switch, but with just a week out and to have the fight changed from three rounds to five is a bit more unusual. Waterson didn’t give the decision a second thought.

“A week before the fight we got the news about the bump and I couldn’t be more ecstatic,” Waterson said. “And against such a game opponent, with five rounds of war I’m so excited. There was no hesitation. I just wanted to be on the same page, and with her track record of taking last second fights, I knew she’d be up for it. It speaks to the UFC’s trust in us to carry this event. I think it’s great because any time the strawweights come to fight we show up.”

Waterson actually views the change in circumstances as a potential advantage in the matchup. Saturday will mark her third main event in the UFC. On top of the championship rounds extension, there’s a lot of responsibility that comes with the opportunity. Your name is on the poster, there’s media obligations, and it can lead to added pressure.

“I feel like I have an advantage because I’ve competed in a main event two other times before,” Waterson said. “But you can never tell. Every fighter is different and they deal with pressure differently. I hope she’s able to bring the best her to the fight because that’s what I look forward to fighting – the best version of all my opponents.”

Hoping for the best version of her opponents and fighting in rounds four and five gets Waterson closer to her end game: a title fight. Waterson said her ultimate goal is to fight for the belt, and when you fight for the belt you have the championship rounds to deal with, so this is one step closer to the belt.

Hill likely shares the common goal. This will mark her fifth fight in the last in the past year and she was surging before her most recent defeat (a split decision to Claudia Gadelha in May).

“I expect her to come guns blazing,” Waterson said. “Let’s see who gets to fill their belly.”